This article summarizes the new features and feature optimizations of instant communication.
2020.07
Smart Compose
Smart Compose feature was added to the desktop client to show input suggestions in the input box for English edits.
Version: 3.28.0     Released on: July 23, 2020 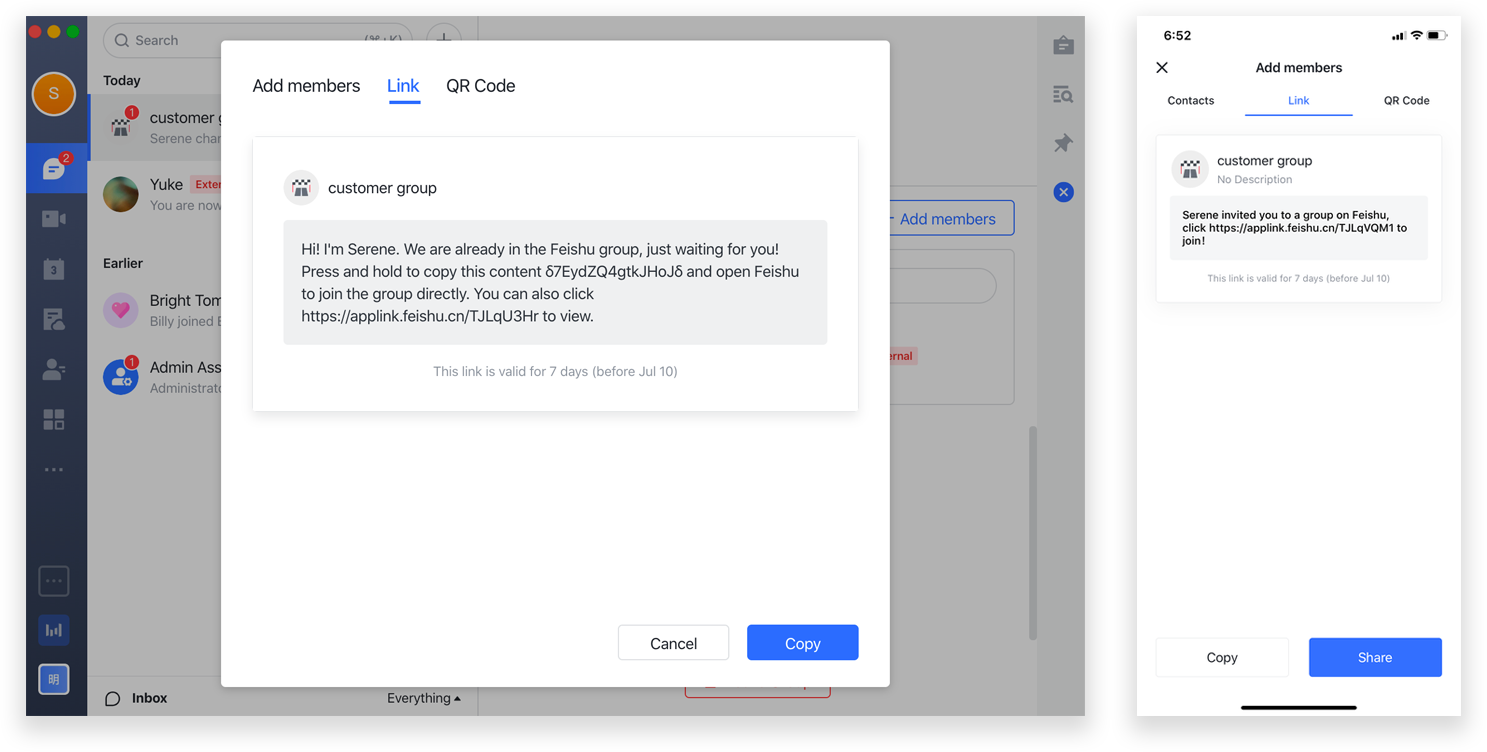